TBA
Flame Princess is a Hero found in Bloons Adventure Time TD. She is unlocked by completing every level of the Burnin' Rubber adventure on any difficulty. She attacks by shooting fireballs that home in on Bloons, with a similar base attack to Adora from Bloons TD 6. As with all the BATTD Heroes, only one Flame Princess can be used at any time by the player. She costs $900 to place.

FP will receive the following permanent boosts as she levels up:

When MOAB-Class Bloons Are Popped:

She is very powerful with Heat Ray, Baker's Shard and Engineers Blueprints.In a send in the clones MG, She can beat a round 33 BAD without fireburst or Elemental Transformation using the mentioned strategy.

Flame Princess
Add a photo to this gallery 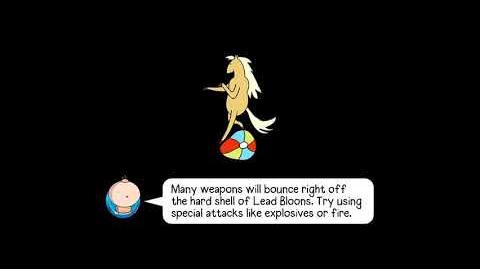 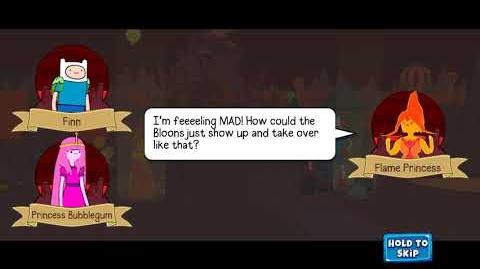 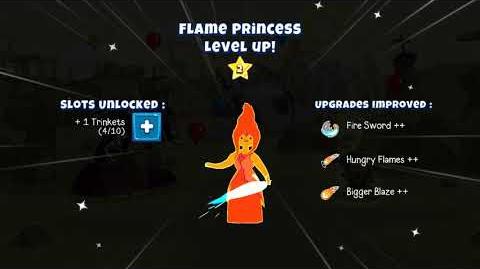 Retrieved from "https://bloons.fandom.com/wiki/Flame_Princess?oldid=267199"
Community content is available under CC-BY-SA unless otherwise noted.