It returns for the Wizard Monkey in BTD6. See here for more details. 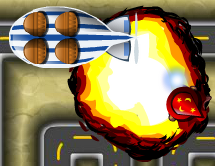 Fireball is the first upgrade on Path 2; it is an additional projectile used by the Monkey Apprentice in Bloons TD 5. This new attack creates a small explosion, popping all bloons caught in it. This upgrade costs $255 on Easy, $300 on Medium and $325 on Hard. The fireball's popping power by itself is 40. 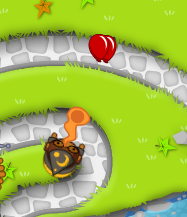 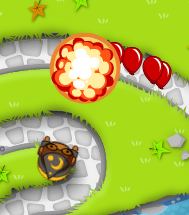 Retrieved from "https://bloons.fandom.com/wiki/Fireball_(BTD4-BTD5)?oldid=269346"
Community content is available under CC-BY-SA unless otherwise noted.