Bloons Wiki
Register
Don't have an account?
Sign In
Advertisement
in: Articles in construction with a WIP, Dartling Gunner, Bloons TD 6,
and 5 more

Faster Swivel adds a tripod for the gun, as well as giving the Dartling Gunner a more rounded helmet.

Faster Swivel customly aims based on direction and angle of where the Dartling points towards. It shoots straight movement projectiles controlled in a aim-based mobile style guided by touch-based mobility, albeit with some erratic angular deviation.

While a cheap upgrade, Faster Swivel can be useful in situations where there are multiple sides for the Dartling Gunner to target at, making it useful on simultaneous split-lane maps such as Spring Spring, Pat's Pond, or even Bloody Puddles. In this way, the quicker turning speed allows the Dartling Gunner to quickly target new locations much sooner. 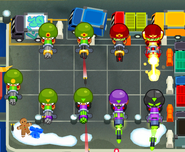 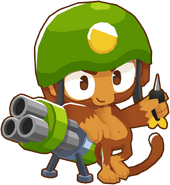 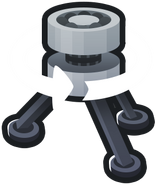 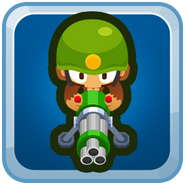