Not to be confused with the other upgrade called Faster Shooting.

In BTD6, this upgrade returns as the 1st upgrade of Path 1 for the Monkey Buccaneer. It now increases the attack speed of all of the affected Monkey Buccaneer attacks (including Grape Shot and Cannon Ship, as crosspaths) by 33%. It costs $350 on Medium. 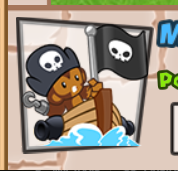 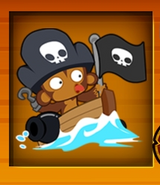 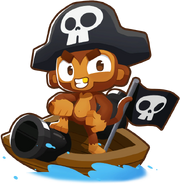 BTD6 Artwork
Add a photo to this gallery
Retrieved from "https://bloons.fandom.com/wiki/Faster_Shooting_(Monkey_Buccaneer)?oldid=238121"
Community content is available under CC-BY-SA unless otherwise noted.