This upgrade adds another black tack to top of the Tack Shooter, for a three tack design; the tacks do not intersect.

Faster Shooting increases the fire rate of the Tack Shooter by 33%, increasing its damage output considerably. With an increased fire rate and a naturally high projectile count, Faster Shooting and subsequent upgrades in this path provide good MOAB-class Bloon damage for their price. In conjunction with More Tacks and Even More Tacks, the faster fire rate can deal plenty of damage to single MOAB-class targets in the early game. 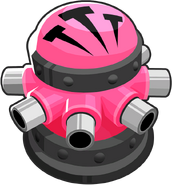 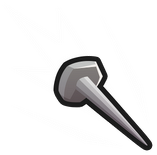