Faster Shooting is the 1st upgrade on Path 1 for the Monkey Buccaneer in Bloons TD 6. It increases attack speed of all its attacks by +33%. With this upgrade, it shoots darts every 0.75s instead of every 1.0s.

Faster Shooting improves attack speed of the Buccaneer by a fair amount. This is mostly used in combination with Grape Shot and its later upgrades to increase the efficiency of those alternate attacks.

Did not change since it was first released, but it did receive some strange description changes. 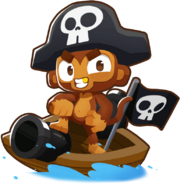 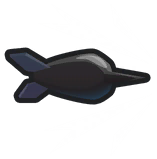