Faster Reload is the first upgrade of Path 2 for the Mortar Monkey in BTD6. It increases attack speed by ~33%, increasing base attack speed from 2.0s to 1.5s.

This upgrade changes the Mortar's hat to look like a general's hat. 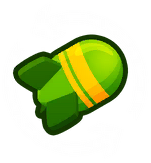 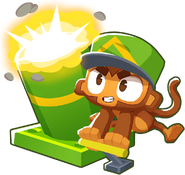 Instamonkey for Faster Reload
Add a photo to this gallery
Retrieved from "https://bloons.fandom.com/wiki/Faster_Reload_(Mortar_Monkey)?oldid=269655"
Community content is available under CC-BY-SA unless otherwise noted.