Faster Firing improves the attack speed of the Heli Pilot by a fair margin, for +25% attack speed. It becomes very helpful in combination with Quad Darts and above for extra damage, or it can be paired with Downdraft for increased blowback rate or Special Poperations for the increased Marine attack speed. Since the previous upgrade, Faster Darts, is nearly useless, the Faster Firing upgrade should be regarded as a plain $600 upgrade, rather than a $350 upgrade.

Faster Firing was "nerfed" in Version 18.0 when the Faster Darts and Faster Firing upgrades were swapped, although technically it was more of a "change" because of the unpredictable nature of upgrade swapping balance changes. In addition, Faster Firing now has gained some interactions with Tier 3 crosspathing, but only so far with Downdraft.

Faster Firing in upgrades menu as of Version 18.0 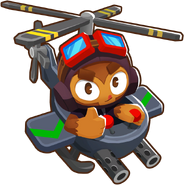 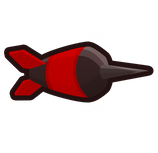 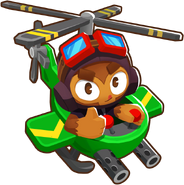