The triangle emblem, as well as the barrels, are painted light green; the monkey now wears black gloves. All of these things apply if used as a crosspath.

Since it comes after Advanced Targeting, it automatically has Camo Detection.

Faster Barrel Spin customly aims based on direction and angle of where the Dartling points towards. It shoots straight movement projectiles controlled in a aim-based mobile style guided by touch-based mobility, albeit with some erratic angular deviation. 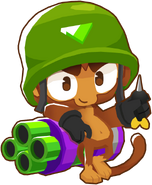 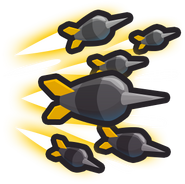 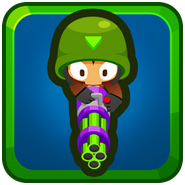