Its actual attack cooldown, as a result, is 0.98s.

Even Faster Production defaults on Normal targeting priority, which dispenses the spikes onto nearby bloon track in a semi-sporadical behavior. If given Smart Spikes, it will also receive Close, Far, and Smart.

Crosspathing with Path 2 has been softened, but otherwise not much changes aside from an overall projectile lifespan nerf without getting the Long Reach upgrade.

BTD6 artwork in the upgrades menu 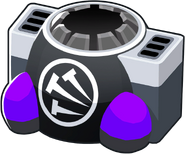 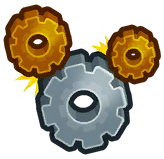 Instamonkey for Even Faster Production