Engineer Rescue is a Special Mission in BMC Mobile where five Engineers are trapped in cages along the path. The player's job is to free at least one of them (or defend them all) and pass 15 rounds. It costs $450 to free each one and each one can be placed as a free tower. Engineers disappear if Bloons touch them, and pop themselves, if players haven't freed them. If the Bloons take away all of the Engineers before the players can free any of them, they automatically lose just as they would have ran out of lives, and can only choose to restart. Completing this mission unlocks the Monkey Engineer for use in-game.

There is some water in the darkish waterholes of the swamp, where Monkey Buccaneers and Monkey Subs can fit in, although it's unlikely that players will complete Submarine Alliance prior to completing this mission.

then upgrade the spikes until you get faster production as well

I manage to pass it before I had any monkey knowledge, I didn't need any pineapples, spike stacks, red hot spikes, bonus monkeys, or monkey boosts, and I didn't lose any lives. Good luck!

I had $1850 starting cash. First, save the first two Engineers. Place each one near where it had got out of its cage. Then upgrade the first one to 2/0. Try to upgrade some to 3/0-2. Put the next 3/0-2 adjacent to the other side of the path, and attempt to make its radius occupy as much path as possible. I countered pesky camos and leads with a 2/2 Monkey Apprentice, near and slightly in front of the engineers. Save more Engineers after upgrading the others to 3/x. The next one I put was a 2/3. Even though I unnecessarily saved the last two, I still managed to complete the mission without losing any lives!

Because I had beat this mission before Version 1.7; no Monkey Knowledge is required in this strategy, although it is advisable to rank up the Monkey Engineer to Rank 3.

I had $1550 starting cash and immediately freed one engineer. Then I put a 0/1 Monkey Buccaneer on the first "water" area. Gradually upgrade it to 2/2, then save a bit for 2/3. You should be insured for the next 5-6 rounds because camo and lead are taken care of. A few will leak but not enough to make you fail. Next, try to get the Monkey Engineer to 2/2, then get a Boomerang Monkey to 2/2 on the first curve of the track. Upgrade the Engineer to 2/3, then the Boomerang to 2/3 as well. Finally, get a second Boomerang Monkey next to the first to 2/3. And that's how I managed to win the tile. Not as good as Qwerty's, but it works.

I was level twelve when I did this.

First, I freed two engies (engineers) and placed them around the first loop. I also put a Ninja on the second loop. After that, I got a spike factory to red hot spikes and even faster production (For leads.) After that, I made a ninja to distraction and sharp shurikens. Finally, I got the engineers to cleasing foam and sprockets, however you don't need sprockets.

i was at level 19 when i took this tile, and here is how you can do it too:

2.) start spamming dart monkeys and sniper monkeys get them to triple dart and the snipers to full metal jacket as well as faster firing.

3.) make sure to get night vision googles for your snipers, and upgrade engi to 9-inch nails, and this tile is yours...

i hope this helped you...

this strat requires you to be level 11 and above.

This requires a bit of timing but there is a high chance you might complete it on your first or second try. 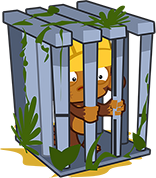