Bloons Wiki
Register
Don't have an account?
Sign In
Advertisement
in: Articles in construction, Engineer Monkey, Towers,
and 3 more

The Engineer Monkey is a Support-class tower that arrived in the 12.0 update of Bloons TD 6 on September 17, 2019. The tower received a name-change from Monkey Engineer, but retains its role from the Bloons TD 5 Generation, with significant additions.

It was first teased on social media (specifically on Twitter and Reddit) just before Version 12.0 was released several days later. On Reddit, it was teased here, on September 15th 2019.

Engineer Monkey wields a nailgun that shoots nails at bloons. He shoots one nail every 0.70s, and each nail pierces up to 3 bloons. Engineer starts with a base range of 40. The main power of the Engineer comes from contraptions and other applications of mechanical engineering. He can be upgraded to produce sentries of various types, Cleansing Foam, and Bloon Traps. He can also be upgraded to boost other towers by the use of a power wrench, amplifying the attack speed of its targets with Overclock.

The Engineer Monkey features his yellow hard hat as he did back as Monkey Engineer in BTD5. His nailgun is smaller than his BTD5 counterpart, and is colored yellow. Because of the nailgun's smaller size, he only needs to hold it with just his right hand instead of with both hands.

Path 2 focuses on support. Larger service area allows the engineer to shoot from a longer range, while Deconstruction improves MOAB and Fortified damage. Cleansing Foam removes Camo and Regrow properties off bloons, Overclock allows monkey engineer to temporarily increase attack speed of targeted tower by 66%. (Duration varies by tier of tower) (For banana farms it increases income and for villages it increases influence radius)., Ultraboost adds permanent 6,6% to overclocked tower that stacks up to 10x for maximum of 66% permanent increase.

Path 3 focuses on a combination between stalling and cleanup. its Pin upgrade allows monkey engineer to pin any Non Moab class, ceramic, lead. Temporarily stopping it from progressing for short time. Bloon Trap allows any non-moab class bloon to be trapped until full which can be manually collected (with some bonus cash). Its 5th tier XXXL Bloon Trap significantly increases the capacity and can also trap Moab class bloons (Excluding B.A.D).

The base Engineer Monkey uses the standard target priorities: First, Last, Close, Strong. Most of the Engineer's alternate attacks do not integrate its own target priority.

All of the Engineer Monkey's alternate attacks have a different set of target priorities:

This section displays Monkey Knowledge that has effects on Engineer Monkey and its changes when compared to one by default:

It was teased a few days earlier on Reddit, on September 15th 2019. Other teasers posted on Ninja Kiwi's Twitter on here and here tease the Engineer Monkey. 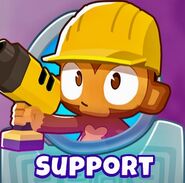 The engineer in the Monkey Knowledge screen in BTD 6 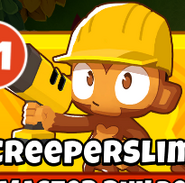 The Engineer as seen in the victory screen of Co-op Mode in BTD6. 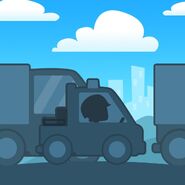 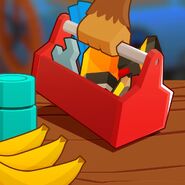 All the upgrades unlocked in BTD6

Not how sentries work 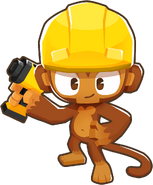 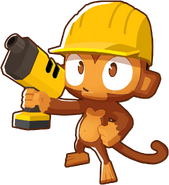