Downdraft is the third upgrade of the second path for the Heli Pilot. It is unclear when it says "Blows bloons away from the heli", because it actually means when the Heli Pilot flies near bloons with this upgrade, it will occasionally blow some of them back to the start of the track (Not in all directions). This is similar to the Monkey Apprentice's Summon Whirlwind upgrade and Tempest Tornado and Ninja Monkey's Distraction upgrade. It costs $2,125 on Easy, $2,500 on Medium, $2,700 on Hard, and $3,000 on Impoppable. When the Heli is placed strategically with this upgrade, it can be useful to use for stalling. This particular upgrade can be useful if you are trying to survive crowds of bloons with the minimal towers. When several heli's have this upgrade, almost no bloons can pass through. M.O.A.B. Class Bloons are not affected by this upgrade.

Downdraft is the third upgrade on the center path of the Heli Pilot. It's similar to the BTD5 version - when the heli flies over bloons, it will blow them backwards, similar to a ninja's Distraction or a Druid's tornado. The Heli Pilot will periodically produce bursts of wind that blow back a substantial number of bloons. However, it's much more reliable than in BTD5 while it is best against strong non-MOAB-class bloons like Ceramic Bloons (especially against Super Ceramics).

A Heli with the Downdraft upgrade.

Icon for the upgrade. 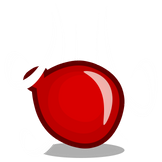 Downdraft with the blowback animation on BTD6

Instamonkey icon for Downdraft
Add a photo to this gallery
Retrieved from "https://bloons.fandom.com/wiki/Downdraft?oldid=254561"
Community content is available under CC-BY-SA unless otherwise noted.