The Double Shot Ninja is not a particularly strong tower, although with Seeking Shuriken it is decent against spaced bloons below Rainbow Bloons. Its main use is as a stepping stone for Bloonjitsu. 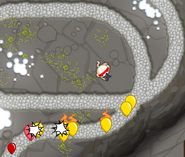 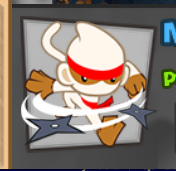 Mobile version
Add a photo to this gallery

Retrieved from "https://bloons.fandom.com/wiki/Double_Shot_(BTD5_Ninja_Monkey)?oldid=272133"
Community content is available under CC-BY-SA unless otherwise noted.