Distraction is the first upgrade of Path 2 for the Ninja Monkey in Bloons TD 6. Every attack from shurikens, Caltrops, and Flash Bombs will now have a 15% chance to apply blowback onto non-MOAB class bloons. Bloons blown away this way move 10-300 units backwards from their original location.

Unlike BTD5, this upgrade and Seeking Shuriken are now on separate paths.

The Ninja Monkey gains a black shuriken and black ring on its head.

Distraction lets shurikens, caltrops (from Caltrops upgrade), and flash bombs (from Flash Bomb upgrade) to have 15% chance to apply

Blowback status onto bloons. Bloons affected are blown back 10-300 units distance to a location further back from the track. Flash Bomb's stun comes before the blowback effects.

Distraction is unreliable at inflicting blowback, especially compared to Druid of the Storm or Downdraft, but it is still one of many ways to reduce progress of bloons. Its status effects are purely reliant on RNG, so do not primarily rely on this upgrade. However, adding groups of Distraction Ninjas, especially Shinobi Tactics armies, can increase the likelihood of the Distraction effect to occur to bloons.

Distraction itself did not receive much balance changes since it was first released in BTD6, although it is now mutually exclusive with Seeking Shuriken when interacting with Top Path Ninja. The base Ninja did though, and this one change may possibly influence camo-related strategies, such as a niche strategy where bloons with Camo should be blowed back first. Version 29.0 lists the buff to Caltrops and Flash Bomb interactions as a "bug fix" than a balance change, although it is pretty significant. 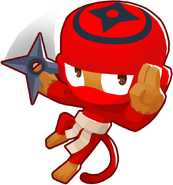 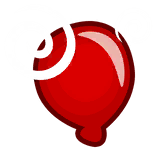