For the BTD5 version of this upgrade, see Deadly Precision (BTD5).

Deadly Precision is the 3rd upgrade for path 1 of the Sniper Monkey. The upgrade returns in BTD6, but it now deals 35 damage to Ceramics and 20 damage to other bloons. If crosspathed with Shrapnel Shot, its shrapnel pieces will pop 4 layers instead of 2 from Large Calibre, and shrapnel pops 3 bloons instead of 2.

The Sniper Monkey now wears a black suit and black beret, and his rifle now has two red bands and a laser sight. In the Portrait artwork, the Sniper also now has a scar across his left eye. 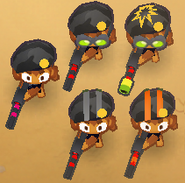 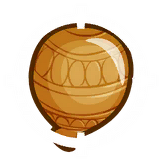 Retrieved from "https://bloons.fandom.com/wiki/Deadly_Precision_(BTD6)?oldid=274879"
Community content is available under CC-BY-SA unless otherwise noted.