For a quick overview which path to go for with each upgrade, see Crosspath Chart.

Crosspathing is a term used to describe which upgrades have been purchased along two separate upgrade paths.

In Bloons TD 5, each tower has 2 upgrade paths with 4 levels or "tiers" of upgrades. Upgrades can be bought for both the left and right path, but upgrades for tier-3 and above can not be purchased for both paths. This effectively forces the player to choose which path to fully upgrade, and which path to leave as the minor crosspath. Crosspathing plays a much more strategic role in Bloons TD 6, where there are three upgrade paths, only 2 of which are selectable per tower. The limitation of not going past tier 3 for both still remains.

Crosspath Notation: What do these Numbers Mean?[]

In Bloons Tower Defense, and across all its forums of discussion, readers will frequently encounter numbers such as 4/2 or 5-2-0. These numbers are the Crosspath Coordinates or Crosspath Notation for various tower upgrades. They represent the number of upgrade tiers purchased for each of the tower's 3 paths in BTD6 and 2 paths in BTD5.

In Bloons TD 5, each tower has 2 upgrade paths with 4 levels or "tiers" of upgrades that are bought one after the other. The upgrade notation here is Left-Right. Upgrades can be bought independently for both the left and right path, but upgrades for tier-3 and above can not be purchased for both paths. So, to represent a tower with 2 upgrades bought on the left path, and 3 upgrades on the right, the notation 2/3 or 2-3 would be used. An example of a 2-3 tower would be the Mortar Tower with Bigger Blast and Signal Flare. Note that a 3-3 tower can not exist due to the tier-3 limit on the second path. 0 is used to represent no upgrades being purchased on that path.

Similarly, in Bloons TD 6, there are three upgrade paths, only 2 of which are selectable per tower. And only one of these paths may be upgraded to tier-3 and above. The upgrade notation here is Top-Middle-Bottom (With any one of these paths being 0). So to represent a tower like the Heli Pilot with the Apache Prime Dartship and Bigger Jets upgrade, 5-1-0 would be used. This is because the Apache Prime is the 5th tier upgrade for path 1, giving the 5, and Bigger Jets is the 1st tier upgrade for path 2, giving the 1. The zero represents no upgrades being bought on path 3. It would be impossible to have a notation such as 3-0-3 as this violates the rule of not having more than one path go past tier-3. Likewise, 4-1-1 is rule breaker because this implies three upgrade paths were selected. One of the three numbers will always be 0.*

Within the Bloons Wiki, the use of "crosspathing" refers to how mixing upgrades work to how towers function in a defense. The sheer number of crosspaths in Bloons TD 6 means that there will be questions about possible confusion over the expanded upgrade system compared to that from Bloons TD 5.

Q1) What is a crosspath?

A "Crosspath" refers to to choosing 2 out of the 3 paths to upgrade your monkeys.

The entire crosspaths system is a system design to make towers more versatile or more focused on its strengths to various degrees. Because not all crosspaths will benefit tower the way that it needs to operate at it's best, there will be crosspaths that are better than others. Identifying what crosspaths are best suited for each path will is the main part of strategy in Bloons TD 6.

Making sure that each path has a crosspath works well with another path is key with Crosspathing. This will allow the player to be efficient with their upgrade purchases and make harder challenges easier to complete.

Q2) Why does crosspathing mostly refer to BTD6 upgrades?

Since the player cannot access all paths of any monkey (Once they choose upgrades from two different paths, the path that the player didn't choose will instantly be locked out.) in Bloons TD 6 due to the fact that three paths exist means that the tower will miss out on all of the benefits of that path. Towers in BTD5 that had upgrades in the same path but are now in separate paths (Ninja Monkey and Boomerang Monkey for example) in BTD6 are especially affected by this as they cannot get all of the benefits of those three upgrades.

Also in BTD5, crosspathing isn't as impactful as all towers have access to 6 out of the 8 of their upgrades (unlike in BTD6 where every tower has access to 7 out of 15 of their upgrades) and due to that fact that the player can choose all paths to upgrade, which means they don't entirely miss out on the benefits of the high tiers.

Q3) How can a tower be "unaffected" by crosspaths?

Q4) Why can't I just look at a page for a specific upgrade to know what the best crosspath is?

Unfortunately, not all pages provide what all crosspaths is the most efficient and it's better to look at this page, especially if you want to know the strength and weakness of multiple crosspaths at once since you don't have to wait for a page to load each time the player wants to know.

Q5) Why don't you just show what crosspaths are good or bad for each upgrade? I can't seem to find the right information easily.

We show all crosspaths due to these two reasons:

Outside of challenges, the main structure of this page and its subpages is to list all the "good" and "bad" crosspaths and how they will be useful in their respective roles. While some may seem obvious as to what specific crosspaths are so-called useful, others may not be at all obvious or are often misused due to confusion. Focus for each tower is going to be the core to describing every single crosspath. In particular, all of a tower's crosspaths will be described and each subpage for each tower will show how to optimize towers as a whole by utilizing particular crosspaths to their advantages and avoid the less useful crosspaths.

All crosspaths must be listed, whether or not it's very obvious as to what is "good" or "bad". There are some cases where a very specific crosspath would make a significant difference on gameplay. This is especially so on CHIMPS, where it is not possible to undo crosspathing mistakes made by the player due to selling not being enabled and since the player can only work with the money the game gives the player (barring Monkey Business/Commerce).

While it is true that the player cannot quantify the amount of impact crosspathing has on a tower, there are pretty clear differences to an upgrades power when different crosspaths are enabled. In order to accurately tell whether a tower is heavily impacted by crosspaths or not, the player must ask these questions:

The page for Crosspath Chart will give shorter and more succinct information regarding crosspathing, mostly for the higher tiers. It mostly shows what you get for each path and and extra information for special crosspath interactions. 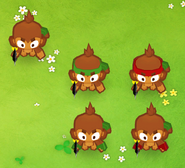 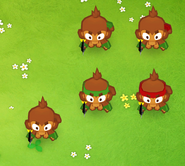 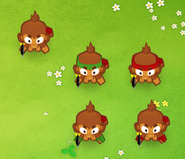 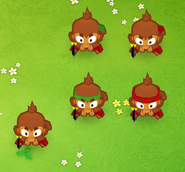 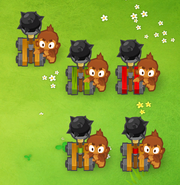 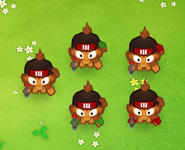 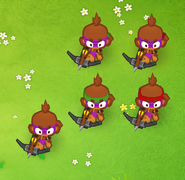 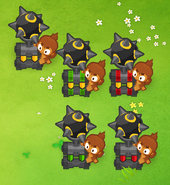 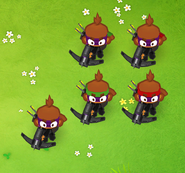 1/31
Community content is available under CC-BY-SA unless otherwise noted.
Advertisement