Cluster Bombs is an upgrade to the Bomb Tower that made its debut in Bloons TD 5. Its first ever appearance was in the Bloons TD 5 trailer which was released on Nov 29, 2011.

It is worth to note that this upgrade does prevent the Bomb Tower from destroying Black and Zebra Bloons without the aid of a Level 3 Bombing Range (BTD5 only) or a Monkey Intelligence Bureau. However, in BTD5, the Bomb Tower can be upgraded to Bloon Impact to be able to pop Black and Zebra Bloons without any other aid; similarly, in BTD6 this can be done by upgrading to Bomb Blitz, though that is much more expensive. 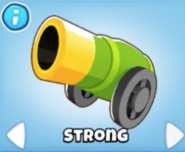 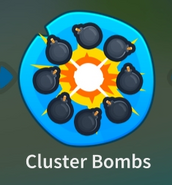 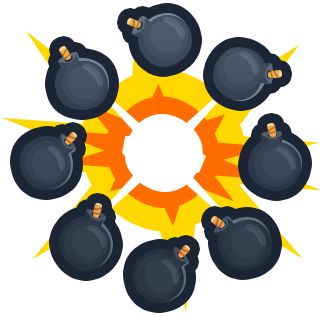 Retrieved from "https://bloons.fandom.com/wiki/Cluster_Bombs?oldid=259415"
Community content is available under CC-BY-SA unless otherwise noted.