Bloons Wiki
Register
Don't have an account?
Sign In
Advertisement
in: Articles in construction with a WIP, Special Abilities, Monkey Village,
and 6 more

Call To Arms is the fourth upgrade of Path 2 for the Monkey Village in Bloons TD 6. It grants a special ability that when activated increases the attack speed and pierce by +50% for all towers in the Village's radius for 15 seconds, with a 45 second cooldown. Its attack speed and pierce bonuses granted by the Call To Arms ability are less than that for BTD5's M.I.B. Call to Arms ability, but the ability lasts longer and has a shorter cooldown.

Call To Arms adds the Call To Arms ability, which affects all towers within range, and give them +50% attack speed and +50% pierce, and lasts 15 seconds. Call To Arm ability's buff constitutes as Charge

, an applied buff rather than influential, and hence can be sapped by Gravelord Lych. The other buffs from this Village constitute as Influence

, which are passive influential buffs.

Call To Arms, although not necessarily the most useful upgrade, is still a relatively viable option as a quick emergency ability in case nearby defenses are struggling. As it is the upgrade after Monkey Intelligence Bureau, it is not too difficult to access Call To Arms, because most of the time when this upgrade will shine the greatest is where there is a dense group of nearby powerful towers within range of the Village. Certain combos may especially benefit from Call To Arms, particularly any strong towers within range that are paired with other attack buffs such as Stronger Stimulant, Overclock, or Pat Fusty's Rallying Roar.

Do note that while it is very powerful on paper; in practice it can be hard to find the budget for Call to Arms in strategies and faces strong competition from other support and buffs. Its low uptime also hurts it immensely as it is not able to keep up its buffs over time.

Call To Arms fulfills a range-based emergency support but it is expensive for its cost, and with other cheaper more cost-effective support options out there, Call To Arms tends to be outclassed in its role as support. The cost of Call To Arms was decreased, and later the Call To Arms ability cooldown was reduced and duration slightly increased, allowing it to be more useful in emergency situations.

Description changed from "Call To Arms Ability: Gives all nearby Monkeys +50% attack speed and pops for 10 seconds." to current description

When activating Call To Arms Ability: 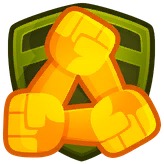