Not to be confused with Black Bloon or Bomb Tower

Bomb Bloons are bloons, that once popped, create an explosion that destroys everything around them.

Bomb Bloons are red with a bomb symbol on the center of the bloon. In Bloons 2 Spring Fling they have an egg on them; in Bloons 2 Christmas Pack they have an ornament on them. They also appear in Bloons Super Monkey 2, in stages 1-4, 2-2, and 2-4 having the same effects.

The following bloons will have their effect negated if popped by a Bomb Bloon's blast: 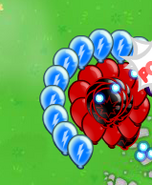 A Bomb Bloon in BSM2 (center) 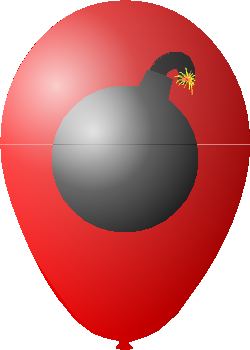 A bomb bloon seen in bloons (Game) or more bloons.
Add a photo to this gallery

Retrieved from "https://bloons.fandom.com/wiki/Bomb_Bloon?oldid=176255"
Community content is available under CC-BY-SA unless otherwise noted.