Bloontonium Reactor (sometimes shortened to Reactor or Reactor Sub) is the fourth upgrade on path one for the Monkey Sub in BTD5. It allows the sub to reveal Camo Bloons, in the same way as Submerge and Support, but when submerged, it will also pop bloons within its radius. As a bonus, it reduces water tower ability cooldowns (First Strike Capability and Monkey Pirates) by 15% if they are within its radius. It should be noted that while the cooldown bonus does not stack with other Bloontonium Reactors, it will still stack with High Energy Beacon and Hotter Cooldown (85% total if hotter cooldown is fully upgraded, or 65% total on BTD5 Flash with the premium upgrade). 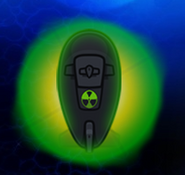 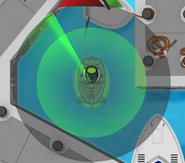 Submerged Sub with radar and pulse 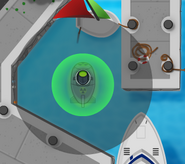 Retrieved from "https://bloons.fandom.com/wiki/Bloontonium_Reactor_(BTD5)?oldid=270978"
Community content is available under CC-BY-SA unless otherwise noted.