A wiki that anyone can edit.
Founded on June 2009. 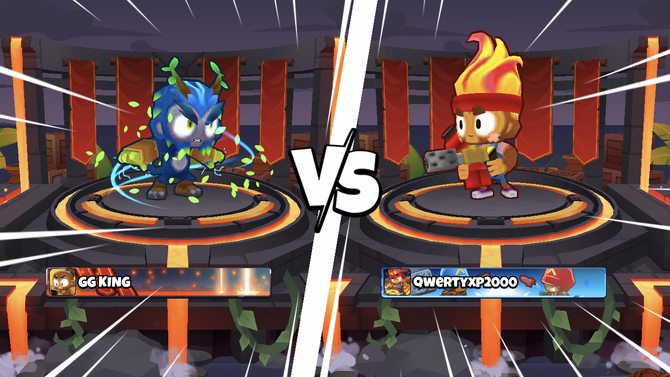 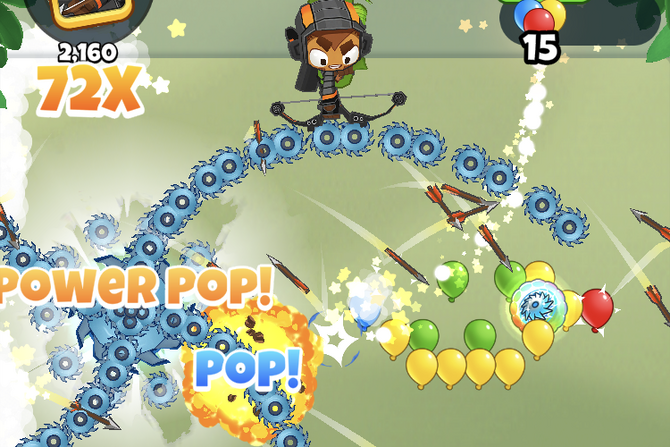 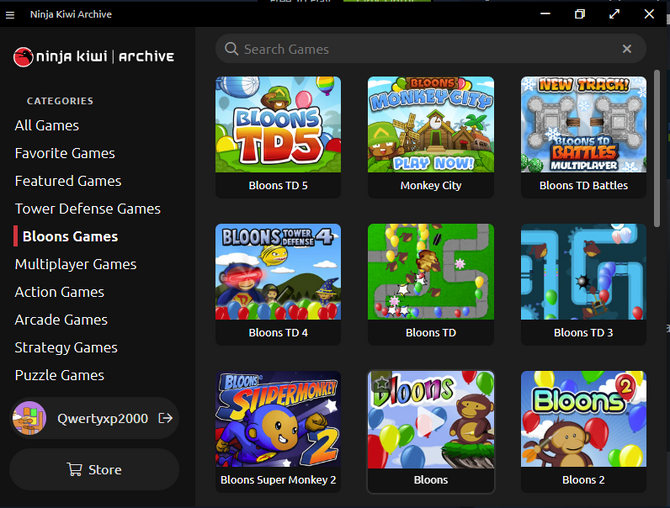 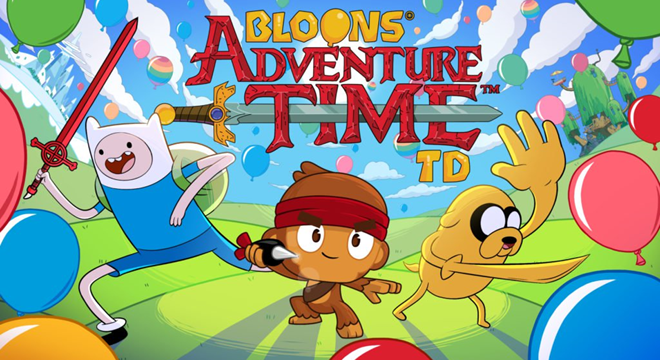 Bloons Pop! has finally arrived on iOS and Android!

Now you can play almost all of Ninja Kiwi's classic Flash games right on Steam!

Bloons Wiki is a wiki for everything in the Bloons series and the Bloons TD series. Developed by New Zealand company Ninja Kiwi, the two franchises have been released for smartphones, tablets, web browsers, and computers. Bloons Wiki serves as a resource for players of these games. While there is currently major focus for optimizing Bloons TD 6 content over the years, Bloons Wiki has wide coverage for information present in all games in the series, collected over the years by new players and veterans alike. Because of the nature of online wikis, there is significant collaboration among fellow players of the entire Bloons community to improve and optimize both overall content coverage and strategy pages.
Games in the Bloons series are single-player puzzle games about a monkey that pops balloons (called bloons in all series). Many bloons have special powers. The first of the series is the original Bloons game, first released as a browser game (Flash game). The popularity of the original Bloons game (or Bloons 1) has led to sequels, spin-offs, and mobile games. The concept of Bloons Tower Defense had been born from here, spawning as an entirely new spin-off franchise with much greater popularity.

The Bloons TD series is a series of tower defense games, taking elements of the original Bloons game into a tower defense style. Throughout all games, the main goal is to pop as many bloons with towers as possible while preventing the floating bloons from reaching the exit. In these games, most of them are single-player, supported mostly by pre-determined rounds. Because of how popular this game series is, a number of additional spin-off games in the series were created.

The first game of the Bloons TD series, Bloons Tower Defense, borrows existing elements of the original Bloons games into a tower defense, starting off with relatively simple game mechanics. Every new Bloons TD sequel introduces a number of new tower types along with their upgrades, new and bigger bloons enemies, as well as new tracks. Difficulty modifiers have been added since the third game of the series, Bloons TD 3. Many additional features have been added since Bloons TD 4, with unlockable towers and upgrades, as well as new game modes and special challenges.

Starting from the release of Bloons TD 5, several spin-off games of the series were released. Online multiplayer gameplay (Bloons TD Battles and the mobile counterpart), building a monkey civilization (Bloons Monkey City and the mobile counterpart), and crossovers with Adventure Time (Bloons Adventure Time TD) are some of the various features present in some of the spin-off series.

In the latest Bloons TD games, it introduce features that aren't commonly found in other tower defense games such as:

The success of the Bloons TD franchise has allowed Bloons TD 6 and Bloons TD 5 Mobile to reach among the top paid games on both the App Store and the Google Play Store. In addition, Ninja Kiwi was later bought by Modern Times Group for $186M USD as a bridge to advancing further plans of increasing the marketing potential for Ninja Kiwi's own games.

Since the success of Bloons TD 6, which debuted on June 13th 2018, the Bloons TD 6 Generation has bloomed to introduce a wide variety of family-friendly elements and characterization. Both Bloons TD 6 and Bloons Adventure Time TD were announced prior to release, and after the merge to Modern Times Group, subsequent games have been released with added twists to both original gameplay and modern mobile gaming. Bloons Pop! is a puzzle game where monkeys throw shots at bloons and win by completing pop goals. Bloons TD Battles 2, the sequel to Bloons TD Battles Mobile, implements player-versus-player gameplay in combination with elements from BTD6 and existing player-versus-player games such as Clash Royale.

If you feel some important page or image is missing, you can create a new page and upload new images. Remember to read through our policies before you contribute. If you would like to share your ideas or suggestions with the Bloons community, you can visit the blogs page to create your very own blog.

If you need any help with anything related to the wiki, then contact our admins.

As a gaming wiki, Bloons Wiki actively engages in completing projects that are under construction. Feel free to work on them and send your work to Bloons Wiki. The project list will be updated regularly.

Below a number of long-term projects that Bloons Wiki are actively completing:

Explore more of Bloons Wiki's current projects and past projects here. Feel free to help out.

Refresh
Submit new facts!
If you see any obsolete or incorrect facts, report it to admins.

We encourage you to join the community's other collections of resources and forums, so be sure to join these pages!

If you see this, your JavaScript might be disabled or DiscordIntegrator plugin isn't working. If the latter, please contact a wiki administrator.

You can also use this invite link:
https://discord.gg/XxKbtKZ

Vote for next month's featured article!

Ninja Kiwi has made a BIG blog right here!

Version 31.0 for Bloons TD 6 has come out! Geraldo, Vortex (coming soon!) and more! Also revamped Heroes page and a lot of cool stuff.

Version 1.2.0 has finally come out for Bloons TD Battles 2, releasing Benjamin plus the all-awaited Universal XP! And a lot of balance changes too.

Multiple BIG news! Version 31.0 preview notes for BTD6 have been released, and announced Geraldo and Vortex will come next update. However, today is fully confirmed that we sadly must say goodbye to Bloons TD 5 Flash's online content on April 30th 2022. :(

Yesterday, Geraldo made his first real appearance on Ninja Kiwi's Twitter page! You want him? It's yours my friend.

Version 1.1.0 for Bloons TD Battles 2 has been announced, bringing in Captain Churchill, Casual Mode, and two new maps exclusive to ZOMG Superdome and Hall of Masters! New maps are Ports and Inflection. Bring the battle on!

Version 30.0 for Bloons TD 6 has released their patch notes yesterday! And Version 1.0.6 for Bloons TD Battles 2 has been finally incorporated today and ready to play!

Version 29.0 for Bloons TD 6 has been released! Water you waiting for? Also 1.0.4 patch notes for Bloons TD Battles 2 have been revised.

It's been five days since the release of Bloons TD Battles 2! How's the awesomest battles going for you all?

Today and yesterday, we now have got pre-release videos for Bloons TD Battles 2! Also a lot of cool teasers too beforehand! Ready to battle?

Want your community included? See how!