Bloons TD Battles Mobile is a gaming app playable on mobile as well as on other compatible devices. It is a variation of the web browser-based Bloons TD Battles and was released on July 18th, 2013. The app, unlike Bloons TD 5 Mobile, is free to download from the App Store, Google Play, Microsoft, and Amazon.

Gameplay is fairly similar to the Flash version. However, the Mobile version (and also the cross-compatible Steam version) has much more features and is regularly updated.

Club Battles are battles with special rules such as Random Trio, Bananza, Play With Fire, Mega Boosts, and Speed Battle. The player gets one entry once every 24 hours; alternatively, they can get one entry from spinning the wheel. The player can permanently unlock Club Battles by buying it for $7.99 USD. There is Club Card Battles, with the special rules being the same except instead of Random Trio, it's random cards.

Card Battles are battles where the player uses cards instead of towers. The cards have the upgrade listed on the card and you can't upgrade the card. The cards also cost a certain amount. The player can send Bloons with cards, as the top of the card is the tower while the bottom is the Bloons send. For example, the player could have a 0-0 Dart Monkey card. That card would have a Dart Monkey picture at the top, the upgrade path of 0-0 in one of the top corners, and a 50 Red Bloon send on the bottom. It could cost 100 Cash for the tower and 150 Cash for the Bloons send.

Professor Evil is an A.I. who can be played with to earn medallions. He has unique strategies that may be different compared to the normal Bloons TD Battles Mobile player, further challenging the player. He must be beaten with a pre-selected set of towers and powers.

In version 6.9, Sandbox Mode was added. It works similar to BTD6 Sandbox Mode. You can choose a round number, every tower is available to use infinitely (including Farmers and Robo Farmers) and every Power is usable.

It is only exclusive to Club Members.

The opponent disconnects on tower select

The message when the opponent disconnects

The message that appears if the opponent hacks

Starting a round in Wattle Resorts

Code for one of them, "Titanium Tacks", which gives +1 pierce to Tack Shooters

Trash can for BTDB Mobile

BTDB Patch notes as of Version 6.7

Clans chat, with some automated messages about role promotions 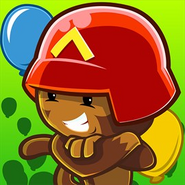 Newest app icon, as shown in the Microsoft Store

Thumbs up emote, also seen in the iMessage stickers pack for BTDB Mobile 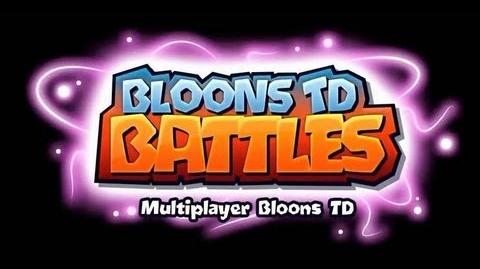 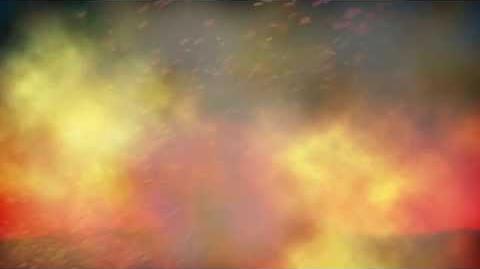