+8% attack speed and pierce, affects nearby Ninjas (shinobi boost, stackable up to 20 times)

Bloon Sabotage (often referred to as Sabotage or Sabo) is the fourth upgrade of Path 2 for the Ninja Monkey in BTD6. It adds an ability that instantly slows down all bloons on-screen (except BADs) by 50% for 15 seconds, similar to the earlier Sabotage Supply Lines upgrade in Bloons TD 5. The ability has a cooldown of 60 seconds. The only difference besides the additional immediate slowdown is that the Bloon Sabotage's sabotage effect cannot affect children bloons popped from MOAB-class after the start of a recent Bloon Sabotage activation, but the sabotage effect can carry over rounds while duration has not yet expired.

Bloon Sabotage is a powerful option to slow all bloons on screen by 50% for 15 seconds, regardless of where the Ninja Monkey is on screen. This makes its ability one of the only options at immediately slowing infinite bloons currently present on screen for the duration, especially against DDTs. It is mostly seen in the late-game where blimp speed ramping increases, although it is sometimes used in the mid-game in some scenarios. The Bloon Sabotage upgrade is either bought as a separate tower or as an upgrade to an existing Shinobi Tactics army.

Bloon Sabotage received price nerfs and a carry-over effect buff. In addition, the ability itself works somewhat differently compared to its BTD5 counterpart. 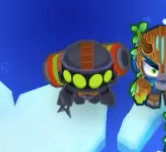 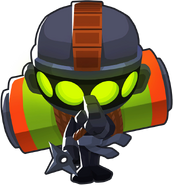 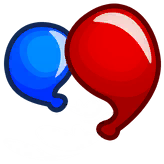 Cherry blossom that appears during activation of a Bloon Sabotage ability