Bloon Impact is the fourth upgrade of Path 1 for the Bomb Shooter in Bloons TD 6. Along with creating singular large explosions as its previous Really Big Bombs upgrade does, the Bloon Impact upgrade allows the Bomb Shooter to stun all non-MOAB-class bloons affected by its explosion for up to 1s. However, its explosions still cannot pop Black Bloons, unless given the Frag Bombs crosspath or other supports. The Bomb Shooter also gains slightly more range (+3). Blast radius remains at 27.

When crosspathed with Frag Bombs, it creates 16 large powerful fragments instead of just 12 from Really Big Bombs. Fragments have 3 pierce instead of 2, deal 3 damage and further increases frags projectile lifespan by 20%.

This upgrade returns the Bomb Shooter to its standard black color, however it now possesses several green add-ons: these include a green metallic ring, two thin green stripes, and a large green arrow pointing in the direction of the barrel.

Path 2 crosspathing adds red fins (one notably bisecting the arrow) and a white rim around the barrel.

Path 3 exchanges the arrow for either a target or an explosion symbol.

Bloon Impact stuns damaged bloons for 1.0s. When crosspathed with Frag Bombs, frags inherit the 3 damage of the previous upgrade, gain an additional +1 pierce, for 3, gain 0.322s projectile lifespan, and their count increases from 12 (from Really Big Bombs) to 16.

Bloon Impact creates large single explosions to stun groups of bloons over a wide radius. Bloon Impact can refresh the stun effect, making it a good choice for stunning compact groups of regular bloons, especially Super Ceramics. It is also helpful in the mid-game to hold regular bloons in place, although Bloon Impact shines the most during Rounds 81+, where Super Ceramics start appearing and therefore can lock them in place without spawning too many bloon offspring.

Its main role is to reduce the progress of dense groups of regular bloons, to allow more time for other defenses to deal with other bloons. Bloon Impact works really well with Striker Jones and MOAB Mauler spam strategies to combat Super Ceramics, as Striker provides numerous benefits for all Bomb Shooters including this upgrade.

Overall cheaper compared to initial release, as its preceding upgrades have reduced its price considerably, although the price of the Bloon Impact upgrade is slightly more. Like Bloon Crush, Bloon Impact permastunning bloons is the most significant change for Bloon Impact, allowing it to be useful in conjunction with Striker + Mauler spam strategies at countering Super Ceramics.

However, Bloon Impact has been nerfed considerably in history, the biggest nerf going to its removed built-in black-popping power. This was done, however, to balance out with Cryo Cannon.

Stunning a bloon with Bloon Impact 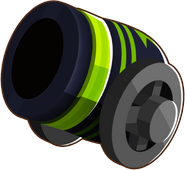 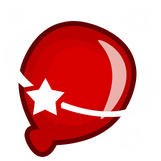