Bloon Buster is the second upgrade of Path 1 for the Mortar Monkey in BTD6. It increases damage of each explosion by +1. Otherwise, it remains statistically identical to its previous upgrade, Bigger Blast.

Gives the Mortar Monkey with extra damage for better effectiveness versus stronger bloons. This is especially so during the early-game, but it is also very helpful as a crosspath for Heavy Shells and Artillery Battery.

So far, the only changes applied here are based on crosspathing changes. However, not adding Path 2 crosspath is buffed overall, with an almost negligible nerf to 1-2-0. 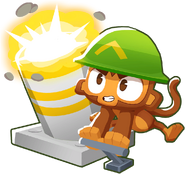 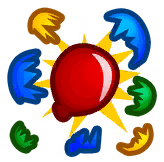