Blade Maelstrom is the 4th upgrade of Path 2 for the Tack Shooter in Bloons TD 6. This upgrade grants a new ability that creates two rapidly shooting streams of extremely high-pierce blades that spiral outwards clockwise for 3 seconds. These special blades deal up to 200 pierce (rather than infinite as they do in BTD5 generation games). Cooldown for the ability is 20 seconds, and there is a 6.67s initial cooldown before using the ability for the first time.

This upgrade is wider and taller compared to its predecessor, and its blue elements become a darker shade of blue. The top layer above the sawblades is now comprised of three sections: the bottom section is a thinner version of the top layer from the previous upgrade, the middle section consists of a white twelve-tooth clockwise spinning apparatus, and the top section has a grey background that replaces the black eight-pronged blade emblem with a light-gray 12-pronged blade.

Blade Maelstrom's main attack shoots a spray of projectiles in an radial spray. Its ability is a rotational spray, rotating at a constant rate as it dispenses multiple blades per shot. Technically, the Tack Shooter is locked on the Close targeting priority. However, for simplicity reasons, Blade Maelstorm has no targeting priorities.

The following is a list of statistics of a Tack Shooter with Blade Shooter. It includes its base statistics and all associated crosspathing interactions. Expand the box on the right to see further information.

The following are a list of wiki-written damage types associated by a Tack Shooter with Blade Shooter. These damage type statistics include how it attacks and how these attacks would affect bloons. Expand the box on the right to see further information.

The main power of Blade Maelstrom is its high pierce. As such, it can immensely reduce the difficulty of grouped bloon rounds, as well as deal general cleanup whenever necessary. Proper placement and ability timing is required to utilize the most out of its high pierce, but it is highly effective for its price. It is not very useful in later rounds, but due to its cost-effectiveness it remains part of an effective strategy in certain CHIMPS games. It sees most use on Race Events that enable it, often transition into a Super Maelstrom later on.

The removal of infinite pierce for the Blade Maelstrom ability in Version 24.0 was done to target Race Events, more specifically to make it more difficult to simply obliterate large quantities of bloons for a very low-cost price. However, the Version 24.0 nerf had slightly weakened the Blade Maelstrom ability in real-game scenarios, as it could no longer beat over two stacks of Round 63 Ceramic waves simultaneously, although it still could with each individual wave. Maelstrom was buffed again in Version 25.0 to make it a little more accessible in a real game scenario while still keeping true to the old balance change's intentions.

Blade Maelstrom vs Round 63

Rotational spray from the ability demonstrated 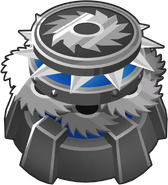 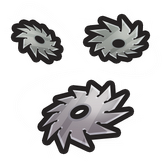 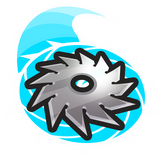