Bigger Stacks is the 1st upgrade of Path 1 for the Spike Factory in Bloons TD 6. It increases the number of spikes produced by the Spike Factory from 5 to 10, equivalent to +5 pierce. There is a special interaction that increases Perma-Spike spikes from 50 to 90, for +40 pierce.

White Hot Spikes defaults on Normal targeting priority, which dispenses the spike piles onto nearby bloon track in a semi-sporadical behavior. If given Smart Spikes, it will also receive Close, Far, and Smart.

Bigger Stacks essentially doubles the number of spikes, with the only exception being Perma-Spike, which is only a +80% pierce increase. The Bigger Stacks upgrade is very cost-effective in combination with crosspaths, and buying a 1-0-0 saves more money than buying two 0-0-0 Spike Factories.

Bigger Stacks in itself has been nerfed since it was first released, with not only price nerfs to the upgrade itself but also to the base Spike Factory price and decreased base lifespan of the spike piles. On the flip side, the Bigger Stacks crosspath with Perma-Spike has been buffed considerably to balance out with the more popular Even Faster Production crosspath. 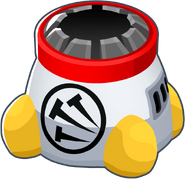 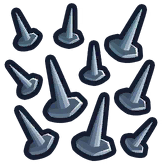