It is generally more wise to pre-plan Monkey Village influence range beforehand, but in the uncommon case where there is not enough influence range for the Monkey Village to grant its various buffs to nearby towers, the Bigger Radius upgrade comes in very handy. Additionally, the next upgrade Jungle Drums is a very helpful upgrade in general, which is more likely the main reason for going for the Bigger Radius upgrade.

No changes were made to Bigger Radius since it was first released in BTD6. 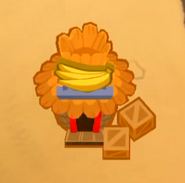 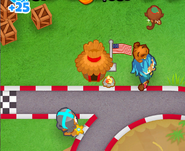 Bigger Radius with US Flag and Elf Pet (Trophy Store) 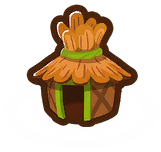