Glues one more bloon per shot, equivalent to +1 pierce.

Bigger Globs is considered a Level 1 glue, unless given unless given higher-tier glues, specifically at least Corrosive Glue or MOAB Glue. Higher-tier upgrades can override this glue.

As a simple upgrade, Bigger Globs serves as a way for the Glue Gunner to circumvent one of its greatest weaknesses, a lack of effectivity against groups of bloons. By increasing pierce by one, it allows the Glue Gunner to effectively double its influence at less than half of the base cost. It also serves as a stepping stone for Glue Splatter, an upgrade that is considerably more effective as well as considerably more costly. For an early game, using this upgrade instead of its superior version may be the more viable option if money is low.

It also doubles MOAB Glue shots when dealing with M.O.A.B. Class Bloons in the short-run, making it better for slowing several MOABs simultaneously versus slowing the MOAB and its children.

Affected by a minor bug in Version 23.0, but otherwise no changes to Bigger Globs.

Bigger Globs as seen in the upgrades menu 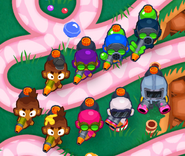 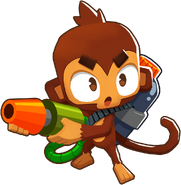 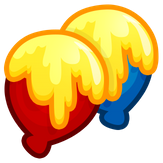