Bigger Bombs is the first upgrade of Path 1 for the Bomb Shooter in Bloons TD 6. It increases the blast radius by +50% (from 12 to 18 for main explosions) and increases pierce of each main explosion by +6 (from 14 to 20).

This upgrade increases the bore diameter and adds a red reinforce band around the muzzle.

The overall pierce gained from Bigger Bombs has been reduced to basically nerf 1-3-0 Maulers. 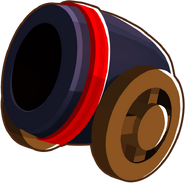 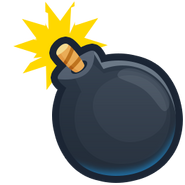