x - current health (where "x" is the RBE of the bloon, Trojan attack)

Unlike other heroes, Benjamin does not attack bloons directly. Instead, he uses his hacking skills to primarily provide extra money, as well as lives at Level 6+. He does gain a Bloon Trojan attack starting at Level 7, where affected bloons spawn no children when destroyed. At Level 10+, he gains an ability that downgrades all incoming bloons (except DDTs and BADs) by one rank as well as doubling cash per pop for all affected bloons (triple at Level 20). Benjamin levels 1.5x slower than the base four heroes (Quincy, Gwendolin, Striker, and Obyn), or 0.66x as fast.

In version 11.0, he was given a new skin called DJ Benjammin', or just Benjammin', who has new voice lines and graphics. He wears slacky white clothes and a white cap which he wears backwards, and his computer is replaced with a DJ turntable and a laptop. This skin costs

Benjamin will start upgrading himself every round upon placement. He earns more XP each round to unlock his next upgrade irrespective of how many Bloons he pops. His upgrades can also be immediately bought with cash, though the amount of cash required to purchase the next upgrade will typically increase as the upgrades get higher, making self-upgrading an important element for his overall power.

Benjamin requires 1.5x as much experience points to upgrade towards each level compared to Quincy, Gwendolin, Striker Jones, or Obyn Greenfoot.

The amount of money a trojaned bloon gives can be calculated using the formula m = tl + r where:

Other than losing the $1 bonus after round 60, Benjamin does not give less money as rounds progress, compared to popping bloons normally. Because of this, though Benjamin usually gives less money than popping bloons normally, the bloon trojan will make most bloons give more money than normal as rounds progress. This process is sped up when Benjamin reaches level 16. Bloons become profitable at the following points:

Benjammin' Skin while not bought yet 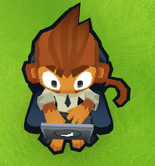 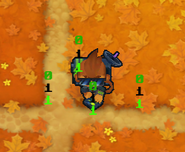 Benjammin' Skin prior to unlocking 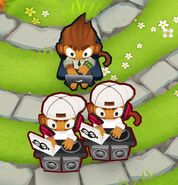 Three Benjamins, one without the Benjammin' Skin, and two with the skin 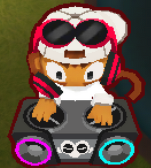 DJ Benjamin Level 5-6 on the map 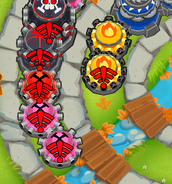 The cooldown effect from Biohack.

$6 from a Trojaned Pink Bloon 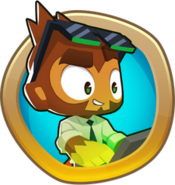 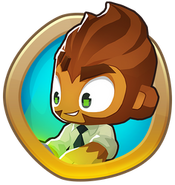 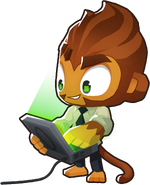 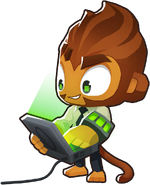 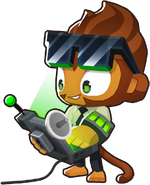 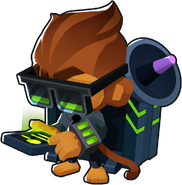 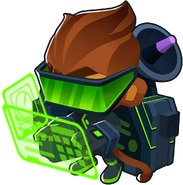 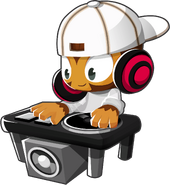 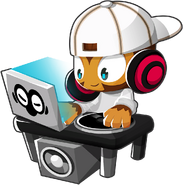 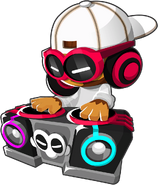 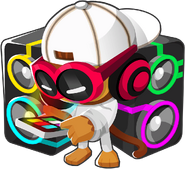 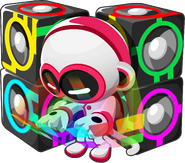 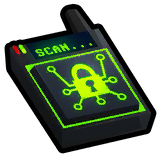 Syphon Funding ability icon
Add a photo to this gallery

Retrieved from "https://bloons.fandom.com/wiki/Benjamin?oldid=269711"
Community content is available under CC-BY-SA unless otherwise noted.