Bloons Wiki
Register
Don't have an account?
Sign In
Advertisement
in: Articles in construction with a WIP, Articles that need more images, Banana Farm,
and 6 more

None (Deposit and Collect option available for path 2 crosspaths)

Banana Salvage is the second upgrade of Path 3 for the Banana Farm in BTD6. It allows outdated bananas to be autocollected at 85% their original value instead of 50%. In addition, all Farms with this upgrade sell for +10% more, including later upgrades. For Banks, they will autocollect immediately once full after a round ends; this also means a full Bank with this upgrade will always autocollect if end-of-round interest overflows bank capacity.

The benefits of Banana Salvage doesn't help much when compared to the Marketplace upgrade, but it helps when trying to spam in higher Banana Farms without Banana Farmers or with terrible micro, as the Marketplace upgrade limits purchase of Banana Plantation or its subsequent upgrades. Additionally, this upgrade pairs well with Monkey Bank for players who desire regular automatic collections hands-off over increased income rate. The higher sellback also helps with strategizing short-term Farm value if anticipating an early act of selling.

When paired with Favored Trades and Monkey Knowledge, a farm with Banana Salvage can reach the maximum sellback value of 95%, allowing it to pay itself off almost immediately.

The brown crates around Banana Farm are now replaced with cyan crate with Banana label on them.

Banana Salvage produces bananas that are tossed erratically around its range. Like most Banana Farm upgrades, Banana Salvage lacks any real targeting priority.

The quantity of sell potency of a Farm gaining the Banana Salvage upgrade's bonus sellback is determined by following equation:

Instead of directly superior income gain, Banana Salvage further improves autocollection salvages and improves sell value of the Farm itself. This type of Banana Salvage strategy encourages a more conservative playstyle than greedy, focusing more attention elsewhere as convenience in exchange for a worse overall income. Banks also benefit largely off this upgrade by immediately emptying themselves upon reaching full at the end of a round, which actually may be more economic if not for manual collections.

As with EZ Collect's autocollection portion, Banana Salvage is also suitable for players who AFK, but it is still more efficient to be picking up the bananas anyway. The greatest downside for the Banana Salvage upgrade is that most of the time the superior upgrades for the Banana Farm are Path 1 for the increased income gain and Path 2 for longer banana lifespan and even more income gain, and hence may hinder crosspath options if opting for that upgrade. Banana Salvage, however, works incredibly well when paired with lower-tier Farms.

Besides going for Marketplace and its later upgrades, the Banana Salvage upgrade is still useful when paired with IMF Loans for players who frequently utilize Bank Deposits, as it is generally more efficient than the Path 1 crosspath for players who rely mostly upon Bank Deposits for bonus income, due to a greater conservation of player energy.

Banana Salvage with new description on around Version 16.0 or so 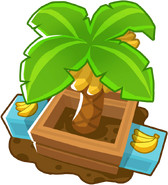 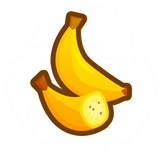