200 (both Juggernaut and Mini Juggernaut) (Degree 1)

Apex Plasma Master is the Paragon upgrade of the Dart Monkey that was added to Bloons TD 6 in the 27.0 update. Combining major features from the Ultra-Juggernaut, Plasma Monkey Fan Club, and Crossbow Master, the Apex Plasma Master hypersonically shoots three plasma Ultra-Juggernaut balls that deal enormous damage to all bloon types (including camo), with bonus damage to boss bloons.

The Apex Plasma Master is a hooded monkey who operates an orange, high-tech ballista-crossbow hybrid to rapidly fire three large, purple, plasma juggernaut balls. These projectiles split into two smaller juggernaut balls that all bounce off objects. The barrel of the weapon is electrified with purple plasma and stands on four legs in spider formation which can turn independently of the turret. There are red and blue conduits running from the base motor to the head backside of the operator, presumably, to be directly controlled by the high-tech targeting system implanted into the operator's eyes. Every 20 degrees, the Apex Plasma Master's gains a more tactical appearance, with hood stripes, bionic arms, and spikes being added.

Note: Much of this information relates to complex leveling formulas that were uncovered by reddit user u/epicalex4444. If you simply wish to know the max degree requirements for an Apex Plasma Master in single-player, click here. For the maximum degree in co-op click here.

Now, degree roughly scales with the natural logarithm of power.[1] So, there is no unique set of upgrades, prices, etc. that will place the Apex Plasma Master at a certain degree. In addition, the attack speed, pierce, damage, ceramic damage, normal boss damage, and elite boss boss damage each scale differently with the degree.[2] The approximate power levels for the 20 degree increments are listed, alongside the associated damage statistics and some general guidelines on which sacrificial investments to make. A more thorough explanation of each Apex Plasma Master degree may be found here.

If, after following the guidelines above, the Apex Plasma Master is not reaching the desired degree, ensure the following:

Apex Plasma Master combines the attacks of the Ultra Juggernaut, Plasma Monkey Fan Club and Crossbow Master to fire large, exploding, plasma, Juggernaut balls at a very high rate and long range. In conjunction with the splitting and rebounding nature of these projectiles, the Apex Plasma Master excels in dealing massive damage to bloons across the track. However, this suppressive power has limited practicality. The high cost of the base tower along with sacrifices makes the Apex Plasma Master difficult to obtain in early and mid-game rounds, even with a robust farming setup. For late-game and freeplay past round 140, the Apex Plasma Master is quickly outclassed by cheaper combinations of towers (such as Ultraboost and Flying Fortress) due to not being able to receive buffs. As a result, the main use-case for an Apex Plasma Master is during Boss Events where the extra Boss Damage and Elite Boss Damage contribute substantial damage output relative to the tower's price. 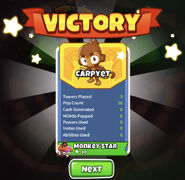 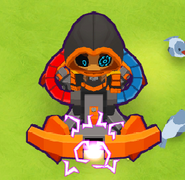 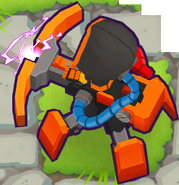 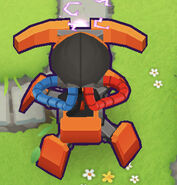 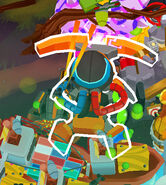 Degree 37 APM with lots and lots of plasma ultra-juggernauts

Degree 37 APM's ultra-juggernauts bouncing on the inside of Encrypted 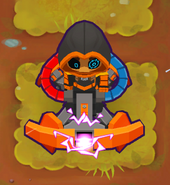 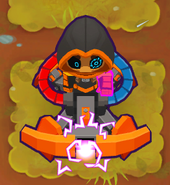 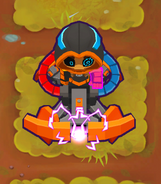 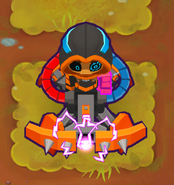 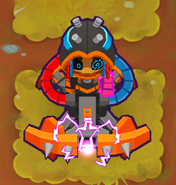 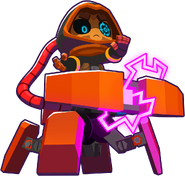 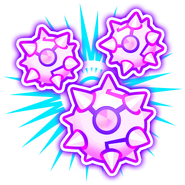