Apache Prime is the final upgrade on Path 1 for the Heli Pilot in Bloons TD 6. The Apache Dartship's dart-firing weapons now shoot powerful lasers and plasma. The base Quad Dart projectiles are replaced with lasers that deal 6 damage with 23 pierce, and its already deadly frontal machine gun becomes a rapid-fire plasma cannon that deals 5 damage with 11 pierce. Each of the Heli's 4 homing missiles still deals 2 damage with 40 pierce, but they now also deal an additional 15 damage to MOAB-class bloons. The plasma machine gun cannot pop Purples, the rockets cannot pop Blacks, and the lasers pop neither Purples nor Leads.

The Apache Prime is an excellent late-game tower that features in many games that run to Round 100 due to its sheer power against most types of rounds. Its shortcomings are usually solved by adding support towers. Its largest weakness on paper is in fact DDTs, since its rockets (and since 25.0, its lasers as well) cannot damage them, and since DDTs tend to be spaced apart and move very quickly, the Apache Prime cannot fully utilize its pierce against groups of them. In practice, its largest weakness is simply affording it, as its predecessor the Apache Dartship can struggle against many mid-late rounds on harder maps or without a properly planned strategy. It is recommended to micromange the Apache Prime to good positions if the player is able to/need to.

Compared to other Tier 5 upgrades of a similar price, the Apache Prime actually benefits greatly from Striker Jones as a way to save money by not requiring a MIB to counter its poor DDT-popping, and Jones's stuns can help clump up DDTs if needed. The Apache Prime tends to benefit better from an Overclock than Alch buffs, given its high attack speed and multitude of different attacks. This is unlike other expensive high-DPS towers, such as Sky Shredder and Bloon Exclusion Zone, which both synergize very well with Alch buffs.

Apache Prime has gained many buffs over time to increase its raw offensive power to make up for its high price. With several buffs, especially on Version 8.0, the Apache Prime has become an expensive but powerful option at high DPS with mobility. 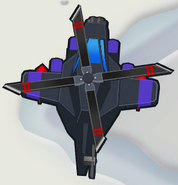 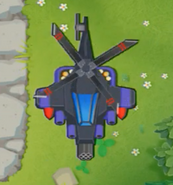 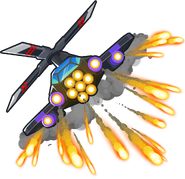 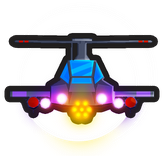