Apache Dartship is the final upgrade on the first path for the Heli Pilot in Bloons TD 5, and the 4th upgrade of Path 1 in BTD6. This upgrade adds four homing missiles with infinite range and a powerful machine gun to the Heli Pilot. The regular Quad Darts attack is retained.

Apache Dartship is usually used as a stepping stone up to the extremely power Apache Prime. It usually will solo midgame but it is good to be wary since it begins to lose traction following Round 60. It is very important to manage support and costs so you can afford Apache Prime in time as the Dartship tends to grow weaker nearing the 80s. 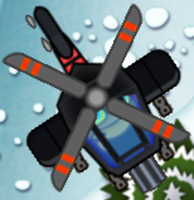 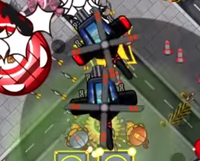 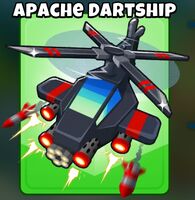 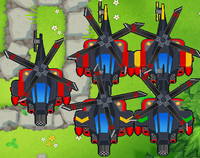 Crosspathing in BTD6 (top path 2, bottom path 3)
Add a photo to this gallery