Advanced Intel is the 2nd upgrade along path 1 for the Monkey Sub. It enables the sub to target all bloons within the radius of any other tower. Advanced Intel effectively gives the sub an almost unlimited range, as it can fire into other towers' radius. In BTD6, this also allows Ballistic Missiles to attack from a fully infinite range.

The following towers will grant extra range for the Advanced Intel.

This section is incomplete. You can help complete this table. 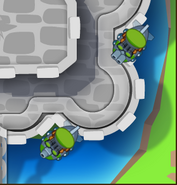 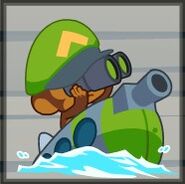 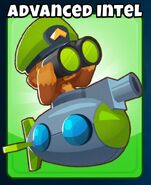 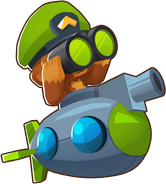 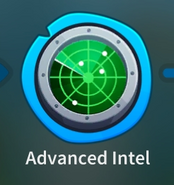 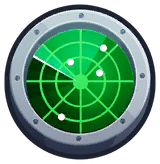 Instamonkey icon for Advanced Intel
Add a photo to this gallery

Retrieved from "https://bloons.fandom.com/wiki/Advanced_Intel?oldid=258232"
Community content is available under CC-BY-SA unless otherwise noted.